Some Christmas preaching (2016 edition): Past a binary world

This year I wanted to beat the pope and the Dutch King (Willem!), with some Christmas preaching. Unfortunately, I got up to late, and stuck into a suburb Christmas breakfast and they beat me to it (priorities, priorities!).

In any case, have a great Christmas friends, and all the best for 2017, you might think it looks grim, but all those specs of light you represent can shine any darkness away. High five, have fun reading (or not)

Some Christmas preaching (2016 edition): Past a binary world

Almost coming to the closing of interesting 2016, a year that many of us would agree upon could have been much better for many reasons. But let’s not forget, never forget, things only gain shape when you apply some sort of force. Negative things shape us as well as positive things. On a personal level as well as on a collective level. Agreed, the addition of negative aspects in our life can be questioned, but I know, keeping it close to myself, I wouldn’t be the person today without sjitty periods in my life, nor with the positive ones. We are a sum of it all. And if you are on your high, or on your low, it will pass, because time passes, it will alter you until you reach your endpoint, regardless if you exert control over it or not. Hardship is a key element when forming us into something potentially better than we were yesterday.

And that is exactly what makes the comprehension of today’s reality so difficult. Because as much as things go for us as individuals, they go for all fellow human beings, at least to some extent. The closer people are to us, the more visibly their cracks are, and more often can we bring ourselves to understand the ones closest to us. Increasingly difficult it becomes the further away people are from us, while they are people, with their inherent flaws, their intrinsic beauty. Yet, the ones far away are equally judged by us despite the detail we have about their person. In some cases, it’s a necessity, one cannot judge everybody with the same range of criteria, we all know we should, but for reasons, sometimes practical, sometimes out of sheer naivety we lack to do this, we lack the patience, we forget to breath before we speak.

Second comes the matter of temporality. As times moves, things change, so do we, once again as persons, and as a collective. Yet we tend to label someone as good or as bad, based on limited experiences. Change is something that is continues regardless of our current or past believes, and it happens on every level. That person that was a dipshit yesterday, could be your best friend tomorrow (or he could remain a dipshit)

I guess what I am trying to say is that the world is so much more than binary, it’s a complex blob flying through space at an incredible speed which spins around, and with that spin, everything on it changes. For some reason, we seem to have forgotten that. You are an asshole or a good guy, black or white, this or that, but we tend to forget that we are so much more and our shapes changes all the time. Look at yourself for a moment, look where you came from and look where you are now. Now imagine that a good fraction of the people has traveled a similar route. Does this not humble you, underlines the appreciation for how connected we all are? The distance we traveled despite of all the negativity you see around you.

The appreciation of the complexity of it all, is the start of trying to unravel it, to understand one another. Let’s do less yelling, let’s reach out our hands to fellow human beings and step forward into the darkness that scares us so that we might for as long as it will take, move into the light again.
Achievements are won, whenever the odds are not in your favour, for that, we need to leap forward, dare to take a gamble, realize that we can fail, but we will get up again, dare to keep on trying till we succeed, and this becomes so much easier if we can rely on each other. Instead of shooting fantasies down before they have any chance to crystalize, we should stimulate and inspire each other to reach for the unknown, to better ourselves. If we are always judged on our failings, we will never try, we will never leap, we will paralyze. We were meant to explore the unknown, to push each other forward. Isn’t there a serenity in the idea that if we actively care today, that on our days of unavoidable weakness someone will care for us? We are a resilient species, as individuals we shine when given the chance, when being in the right environment. It’s up to us to create such an environment in our respective bubbles.

Don’t feel paralyzed, dare to reach out to one another. Be courageous by lending a helping hand with the smallest acts of kindness. The greatest farce of our time is the belief that we cannot conduct change. That as an individual you cannot move worlds, that power lays with those above us, corporations, government. What we often forget is that these institutes constitute of humans as well. The prospect of change can never be demolished by the chance of failure. Starting to believe in yourself is the first step in believing in each other. Don’t wait for others, move, work hard, fall and get up. It’s an illusion that the world needs saving at best we need saving from ourselves. You don’t need to fly across the globe to help others, I promise you, you can contribute your 5 cents of factual positive contribution right around the corner of where you are living. In this case the mantra, “longing for big will make you forget the fundament it was built on”; those small acts of kindness, the ones that do not earn ‘likes’ persé. Let’s start inspiring by example.

We need to stop dealing in absolutes, other that we might share some common values, disturbing elements whatever side they come from should never elute that what binds the majority, that is what we should strive for, that is the essence of human kindness. That is what Christmas represents to me.
Warm Christmas wished from me.

It’s time to remember what Christmas is about; humanity and kindness

It’s time to remember what Christmas is about; humanity and kindness
Walking around the incredible beautiful Champs-Élysées, I don’t think the beauty of Paris in these respect is every going to stop amazing me. It’s magical, especially in those lonesome hours. Incredible spirited buildings, expressing history by just being present. It’s partly amplified during Christmas time, light emitting warmth begging for kindness to one another.


The large Christmas market, with countless merchants trying to sell their products it being cheaply produced Christmas accessories produced in China, or the good foods fitting the season. The lights dressing the sides of the road sponsored by Ikea. Samsung making clear with sign that they took part in making this possible. And at least hundreds of people attracted by it, like mosquitos to a lamp. All under present under a false spirit of Christmas.


It’s a shrill contrast however if you move away from the dressed streets. Countless homeless people, not only the classical drunkards and misfits but also young family’s mom’s with children. So many of them, all too young, far away from home. Present in a society that does not want you to be there. Children do not belong on the street, certainly not in what we perceive to be a civilized society. They sleep under the garments of the designer shops, display windows all trying to convince you to buy needless expensive gifts for your loved ones.


The contrast hurts, it’s painful in regards to human essence, so painful we walk past it like it’s not there. They are allowed to sleep there after the shops close, when the streets grow empty, but have to leave before day breaks. We know they are there. But by not being openly confronted with them we can pretend that they are not real. Figments of our imagination, stories from the old books being displayed on the TV, far away from our safe homes.


I have come to a point where I have difficulties understanding us. It’s painful to enjoy this season and at the same time seeing this happening, what could be the biggest humanitarian crisis since World War 2. We have come so far as a species, but in a state of distress we seem so far away from what we could have been, when we are tested in our true resilience we always seem to be so successful in failing. So engulfed in our selfishness so eager to believe in our own lies and forced truths. We seem in a state of paralysis. We actually stopped believing we could change the state of our society. Have we lost confidence in ourselves, are we so lost?


I don’t think we are, we just stopped looking outside using our own eyes. Feeling with our own feelings, looking into our own hearths. We use the sketched impressions of populistic politicians to frame our reality. We allow ourselves to be fooled, to be engulfed in fear that will serve as the self-induced prison we life in.


I know this reads like the story of a disappointed idealist, a cynic, but it isn’t. I won’t deny anybody a fantastic holiday season; I share in it. I like Christmas, sharing meals, joy and happiness with friends and families, but let’s not forget the real thought behind it. But what about those that sleep under our windows? In all our humbleness surely we can do more than nothing?


Remember the Christmas story, the one from one of the holy books? That story about migrants in need, escaping the cold night. Let’s not be remembered as the people who closed the doors in time of need. Who denied a warm meal to those needy of it, indulging ourselves in greed. How will future generations look back at us? How will future you look back at this time, how your current character contributed with his or her passive attitude.
Let’s be realistic, honest, but most important of all let us be kind-hearted to one another, show signs of humanity. If we can’t do that, what does Christmas imply, what does it stand for, what do we stand for? It will be nothing other than a hollow cold shell, its spirit left. Bring the essence into Christmas, the essence into being human, what could distinguish us from the more primal us.


Together we can achieve greatness. Alone we are just that; alone. Do not look away, look at it, do not ignore reality. Induce change with the smallest acts of kindness.


I wish you all a great sincere holiday season and all the best for the new year.

Politics was once about beliefs and society. Now it is a worship of money 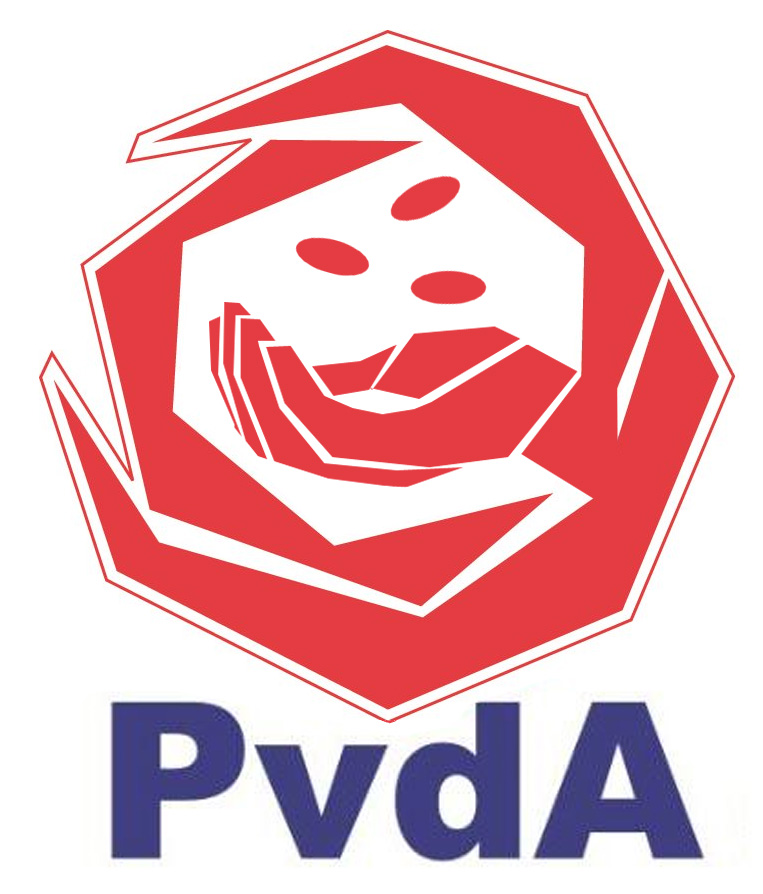 Another few years have passed. Almost finished with my PhD. and now in training to become an outbreak epidemiologist with the European Centre of Disease Prevention and control at the Institut Pasteur in Paris. Still in the international scene, and still driven by a sjitload of idealistic (yet realistic) motivation. Up for the next dream job.

This blog is about my adventures as Batman, a traveller, a political junkie and random masjizzle.